The success story of building a business idea 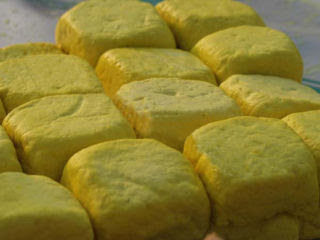 Eyes Artasin, 45 th first time to Jakarta, circa 1971. At that time, he was still a student at a junior high school. His arrival to Jakarta took her to know how to trade in traditional markets. Nine years later, Acim started dabbling in the business of buying and selling groceries. Selling out into the job selection. So one of the family business background in marketing Acim out with household targeting. Acim started trading out around the time that the advantage he had gained no more than Rp100 thousand per day.

Although each day these entrepreneurs have to walk in the sun, but it did so for the life that he believed it would be better. "While sell around the neighborhood, I also began to accumulate capital for their own business,"Said Acim about entrepreneurial success stories.

Patient, persevering with hard work without complaint proved fruitless. After 19 year selling out around, Acim collected venture capital began to accumulate. Not much indeed, but was able to make his job a little lighter. At least, with capital he had, could make it sell out in traditional markets without having circumference again.

Entrepreneurial success stories in year 2000, Acim start marketing him in traditional markets. Although it has been trading at the market, Acim not stop collecting money to advance his efforts. After 3 years selling in the market, saw its business expand opportunities in sight. "The beginning of the year 2003, there are manufacturers out bankrupt and offered me to buy factories and means of production.

The opportunity is taken directly. A processing plant know that in an area of 100 square meter business trip became a turning point becomes greater Acim. For successful entrepreneurs pioneered the processing of foodstuffs, he would have dug deeper pockets.

To purchase the processing plant building, needed funds were not a little, which is about Rp.9 million. As for buying furniture and some production equipment processing know for example steam engine, water furnace, etc., Acim need funds of at least 7 million. The monetary value of a sizable for Acim.

But, determination of successful entrepreneurs is already mounting to take this opportunity to get started with a considerable advantage of the promising future. After running for two years, Acim decided to run this business. This entrepreneur success story at the beginning of the year 2005, CIM ventured to borrow capital to Bank Rakyat Indonesia (BRI) amounting to Rp.35 million for land acquisition, and building complete with processing equipment out.

The factory building which was originally only 100 square meter, widened to 200 square meter. Acim owned factory buildings look more spacious and can be used to maximize production tahunya. Not only that, he also managed to redeem back operations he mortgaged the car to start a business after fire. Even, Acim now already more advanced steps. In front of the factory was visible parked a family car. Although he bought in installments Rp.4,5 million per month, but the vehicle became a symbol of the success of hard work Acim.